The Nasty Truth About Plastic Recycling 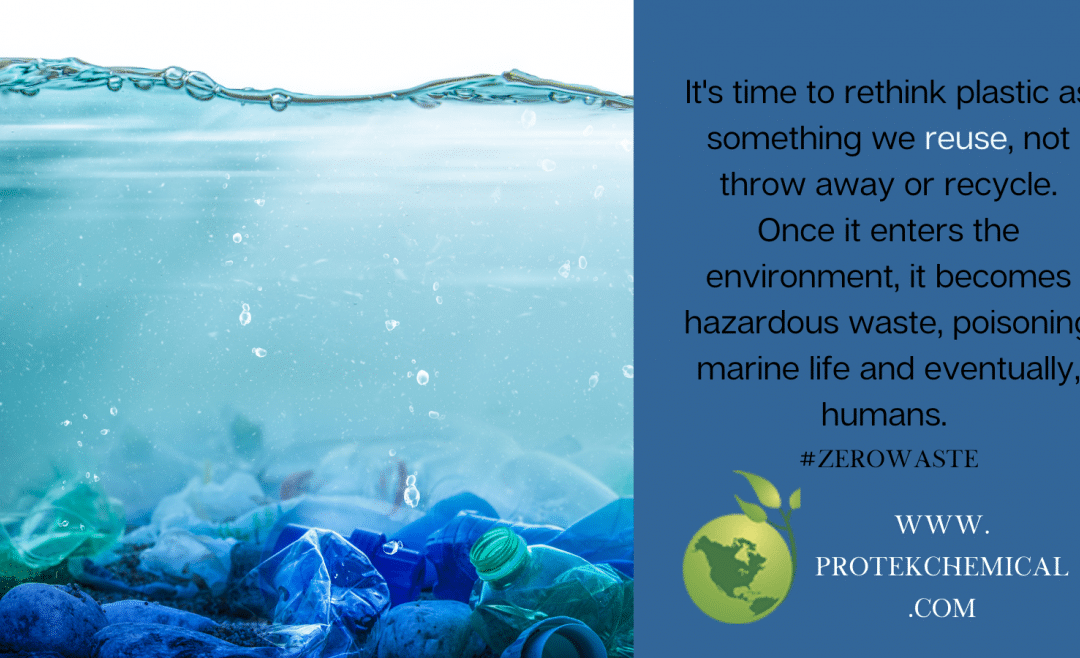 And who should take responsibility

Last fall NPR published a news story on what plastic manufacturers knew about plastic recycling versus what they were telling. The public was told plastic is cheap, safe, and–it’s biggest selling point–recyclable.

While it is true plastic is cheap, it’s a stretch to call it recyclable. In reality, only about 9% of plastic has ever been recycled. Plastic isn’t like glass or metal which recycle indefinitely. Of seven plastic categories, only two are recyclable, and even then, they only have one or two lives to live again before quality is compromised. Plastic has to be sorted before it can be recycled, and people have to be paid to sort it, driving up the cost. Whole batches of recycled plastic can be dumped because of contamination from the wrong kind of plastic. Many countries have stopped importing American plastic waste because recycling is expensive and difficult, meaning, most of what you put in the recycle bin is just taking the scenic route to the landfill. Virgin plastic is a higher quality and cheaper.

Would you swallow a pill that only has a 9% chance of making you well? Would you invest in a business with only a 9% chance of success? If only 9% of all plastic waste has been recycled, can we really consider it recyclable?

But what about safe? Surely, tossing plastic in a landfill can’t be all that awful, right? While many efforts have been made to reduce toxic chemicals in plastic (think BPA-free), plastics still contain carcinogens and endocrine disruptors. The 1989 Basil Convention classifies plastic as hazardous waste, and not just for the chemicals. Plastic doesn’t biodegrade; it just degrades into smaller and smaller forever particles finding their way into the bellies of birds and sea animals, disrupting their reproductive cycles and even poisoning or choking them to death. Even if the plight of struggling dolphins doesn’t really feel all that close to home, consider one in three food fish on your dinner plate is plastic-contaminated. Are those odds we want to take with shrimp cocktail?

I’m not a big fish eater, but I drink water, and this is where it gets scary. In Europe, over 70% of tap water contains plastic. Lest you feel safer living in America–brace yourself–the plastic contamination rate is a frightening 94%.

That statistic really shook me up, I’ll be frank with you. Even with a global health crisis on our hands, consumer demand for cheap, high-quality plastic is skyrocketing, and plastic production is expected to triple by 2050.

Who should take responsibility for the plastic crisis? Some people point their fingers at the manufacturers; others believe change can only come at the consumer level. I believe the answer is both.

HBO news commentator and comedian John Oliver believes that since plastic manufacturers created the problem, they should be the ones to foot the bill for the research and development to solve it. Fair warning: John Oliver uses foul language and lewd references in his nevertheless entertaining and informative video. It’s called Extended Producer Responsibility (EPR), and it requires manufacturers to either create the infrastructure to recycle the plastic they create or to cease creating it at all. Many countries have already adopted EPR laws. The United States isn’t one of them.

While I don’t disagree with Oliver, I wonder how much more R&D is truly necessary. Check out this invention by this woefully little-known scientist named Akinori Ito, who thought of the obvious: if oil can be plastic, plastic can be oil. His plastic converter takes pretty much any kind of plastic from film to foam trays, and creates oil that can be refined into diesel and gasoline, or used directly as motor oil. It’s the best 5-minutes ever to watch ingenious invention at work. Can you imagine if every community in the world had access to this machine? If every household had one? Where are investors pouncing on this amazing opportunity?

I don’t know why a plastic converter isn’t available at my local Target yet. But with plastic demand on the rise, it’s unlikely businesses will ever take responsibility for waste without existential incentive, whether legislative or monetary. That’s where the consumer comes in.

The first thing we must do is recognize plastic is creating a health crisis as widespread as the COVID-pandemic. We must shed the idea plastic is recyclable–it isn’t. We must wake up to the dangers of degrading plastic, and we have to understand we as consumers have a great deal of power to fix it.

Pay attention to the type of plastic you put into your recycle bin and make sure your local recycler takes that type. It’s expensive to sort through all that plastic, and that cost gets passed on to companies who are trying to do the right thing by purchasing recycled plastic.

The time for action must be now. How do you feel knowing the truth about plastic? What steps might you take to curb the plastic crisis? Comment below.

Pro-Tek’s Most Robust Recycle and Reuse Program. Join 2,000 of your fellow consumers who sent their jug in for a refill. You’ll get a 25% discount and Pro-Tek will ship it back to you FREE. Refill your jug over and over and over again! Bye, bye landfill.