The Little Children Will Lead Us 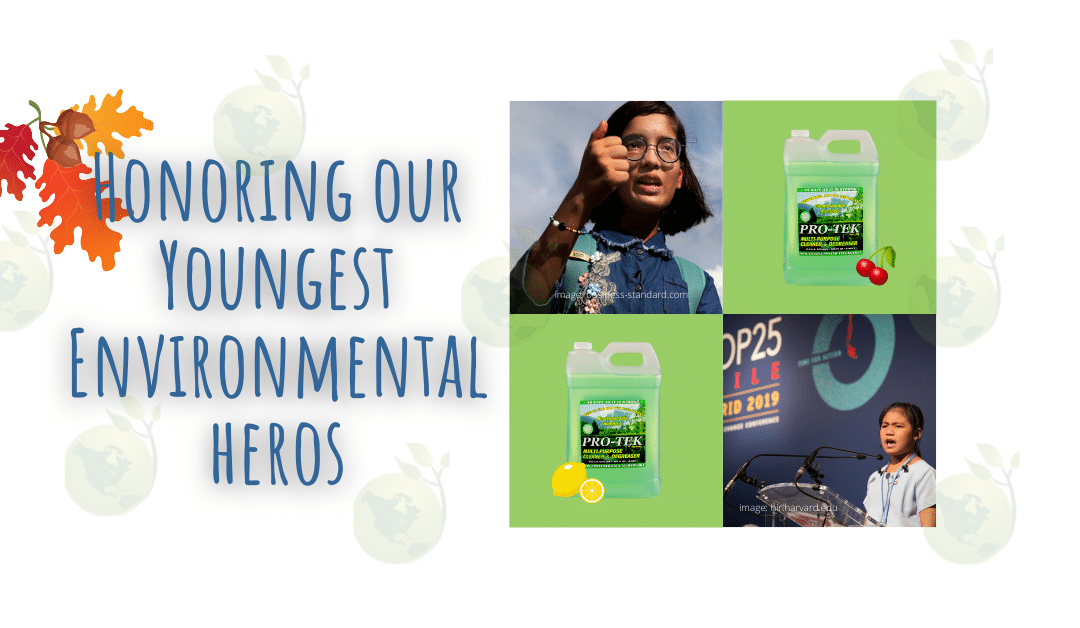 If you still believe children should be seen and not heard, you won’t like these five firecrackers who can take their places honorably next to Greta Thunberg. Common sense tells us they should be playing with trucks in the sandbox or dressing Barbie dolls, but these children feel an urgency pressing on them that many adults aren’t taking seriously enough: catastrophic climate change.

The overall warming of the earth is creating more severe weather patterns with devastating effects, and it’s the kids who are taking it to heart. Ridhima Pandey was only 6-years-old when climate change-driven floods washed her village away in her native country of India. When most kids her age are learning to read, Ridhima was planning on how to save her planet. By the time she was 12, Ridhima spearheaded efforts to create a 52-page document outlining environmental law violations and the government’s neglect of vital climate-change research. The document was presented to India’s National Green Tribunal, an organization created specifically to address India’s environmental crisis. Pretty impressive for anyone, especially someone who still plays hopscotch.

That children are alarmed by climate change makes sense: they’re the ones with the most to lose from the degrading climate, not only because their developing bodies are more susceptible to effects of pollution, but they are the ones who inherit the world’s worsening climate crisis. It’s not a game for them.

Licypriya (pronounced lissa-preeyah) Kangukan was 8-years-old when she decided she was sick of school cancellations because of air quality alerts in her home state of Manipur, India. Not only did she create her own personal breathing filtration system (a backpack carrying a plant with a breathing tube attached to her face), Licypriya petitioned her state government to make climate change a required component of her school’s curriculum. She won. She is also founder of Child Movement, a kid-staffed protest movement to raise awareness of climate issues and ask leaders to make real changes, and right now. What could be more compelling than seeing a 3rd grader use crayons to make a protest sign?

While India is indisputably one of the most affected countries, young activists are popping up all over the world. Fijian-born Timoci Naulusala was just 12-years-old when he won Fiji’s National Climate Change Speech Competition and represented his country at the COP23 United Nations Climate Change Conference, attended by heads of state all over the world. I can hardly imagine the bravery this 7th grade UNICEF activist had to muster to speak before the likes of Emmanual Macron and Angela Merkel, but surviving climate devastation like he did likely shifts a kid’s perception of what’s really scary.

“The threat from climate change is real, serious, and is growing overnight…Have you contemplated what will happen if the earth is not here? This nightmare?” -Timoci Naulusala , 7th grader

In his address Timoci spoke poignantly about the largest cyclone the southern hemisphere had ever seen–decimating 40,000 Fijian homes and schools and wiping out crops–just one year prior to his speech at COP23. There’s no convincing Timoci climate change didn’t create that cyclone, and he wants to see changes. Now. “Speeches don’t do anything,” Timoci reasons. “We must walk the talk.”

Walking the talk is exactly what Michigan-based Mari Copeny was up to when she was a 3rd grader tackling water shortages in her hometown of Flint. Mari didn’t know she was too young to organize water conservation projects–she did it anyway–and she didn’t know little girls couldn’t capture the attention of the President of the United States. Mari wrote to President Barack Obama, detailing Flint’s water struggles and her conservation efforts. Mr. Obama not only answered her letter, he invited her to the White House.

Rubbing shoulders with political figures isn’t the only way child activists make a difference. Twelve-year-old creative Jaden Anthony put his love of comic books and the planet together to create Kid Brooklyn, a graphic novel series based on his friends, their imaginary super powers, and the conquering of environmental issues. Jaden sells Kid Brooklyn on Amazon. Maybe superpowers are fiction, but fighting climate change is the all-too-real plea of the series.

What is so compelling about child activists? What are they pinpointing that adult activism just seems to miss?

Each of these kids knows something adults forget. It doesn’t take hundreds of thousands of words and reams of paper and endless committees to walk the talk.

The earth is in danger. Each one of us must do what we can–right now–to save Her. The children are leading the way.