Remembering Desmond Tutu: The Four Words That Could Save Our Planet 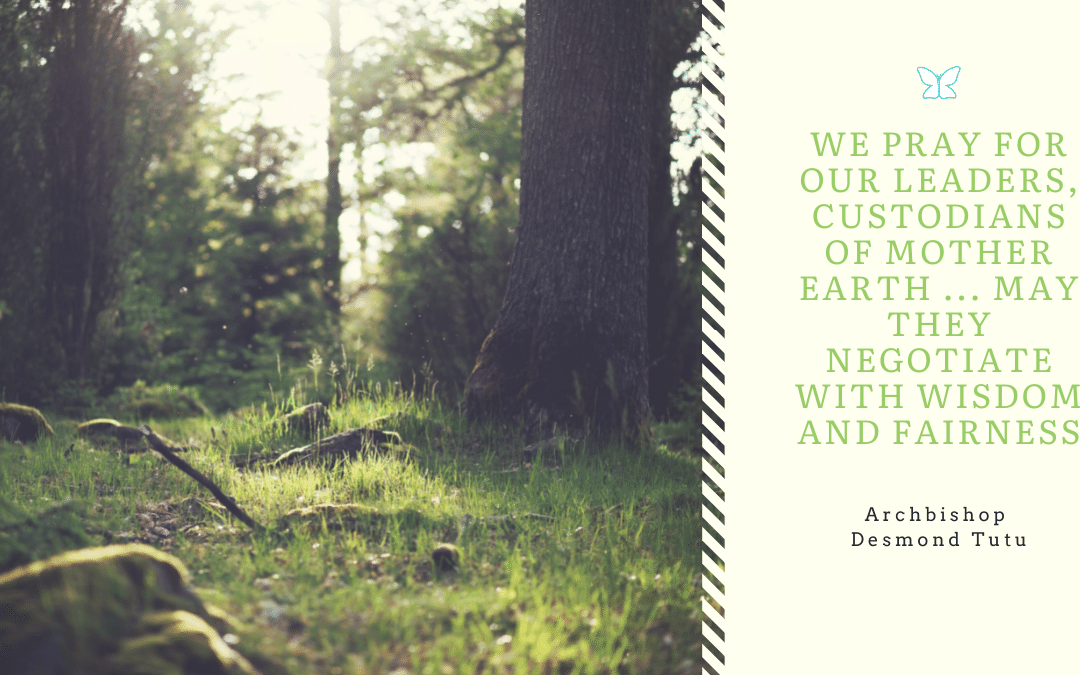 Although this powerful man is best known for his anti-apartheid activism, he was also a passionate, no-nonsense advocate for the environment.

Can four words inspired by a legacy really save the earth? Archbishop Desmond Tutu was 90 years old when he died the day after Christmas. Although this powerful man is best known for his anti-apartheid activism, he was also a passionate, no-nonsense advocate for the environment. His activism took on an urgency; it was a fiery call to wake up to what humans are doing to the planet and stop it. He focused on the power of the individual to influence governments and businesses for sweeping, significant eco-friendly changes.

With climate change happening at an alarming rate, those who follow Desmond Tutu’s lead may just be who saves the planet. Before I reveal the four words, let’s take a closer look at what Archbishop Tutu asked people to do.

Withdraw all financial investment in the fossil fuel industry.

Tutu strongly believed fossil fuels were a pervasive contributor to climate change and pollution. As long as the public continued investing in fossil fuel, there would be no economic incentive for the industry to clean up its act. He urged for fossil fuel divestment and investment in clean energy. It worked for combating apartheid, Tutu told the 2009 United Nations Climate Change Conference; it would work to combate fossil fuel pollution.

Turn off your lights.

In 2007 a eco-awareness campaign began called the Earth Hour Movement. For one hour each year, participants would shut off their electric lights to raise awareness that energy use is one of the largest contributors to greenhouse gas emissions. Archbishop Tutu was an avid supporter, believing that each person could do simple things, like flipping a light switch, that would not only reduce greenhouse gas make a political statement:

If we all perform this one simple act together, it will send a message to our governments too powerful for them to ignore. They will know the eyes of the world are watching.

Desmond Tutu, speaking on the significance of the annual Earth Hour.

The next Earth Hour, when the whole world will be turning off lights in support of environmental sustainability, is Saturday, March 26, 2022 at 8:30 local time.

Archbishop Tutu didn’t hesitate to mix eco-activision with his religious practice. He prayed for world leaders to remember their role in protecting the planet.

We pray for our leaders, custodians of Mother Earth … may they negotiate with wisdom and fairness … and lead us in the path of justice for the sake of our children and our children’s children.

Call a spade a spade.

Archbishop Tutu despised political spin that minimized the obvious devastation caused by the fossil fuel industry. While he believed in jobs and protecting livelihoods, without mincing words he campaigned that environmental sustainability was every bit as important as economic viability. Here is his damning commentary about the Oilsands oil field in Canada during the oil treaty talks:

The fact that this filth is being created now, when the link between carbon emissions and global warming is so obvious, reflects negligence and greed.

Get angry and think big.
From boycotts to rallys to petitions, Tutu invited college students, everyday citizens, and politicians to demand action. In 2015 the Nobel Prize Laureate collected over 300,000 signatures petitioning the U.S. government and the United Nations to source 100% of energy from renewable sources by 2050.

Now for those four words.

I promised you four words. While we mourn the passing of this powerful, passionate activist, his legacy can be summed up in four reverberating words I believe can save our planet: Do what you can.

Every day, with your every purchase, with your every action, you either harm or protect the planet. If every person embraced these four words, eco-friendly would become our heartbeat. As you look ahead to 2022, let the four words define your new year.

For 30 years, Pro-Tek’s eco-friendly cleaning products have been helping people do what they can to protect the planet.