I’ll Bet You Didn’t Know This: the Actual, Honest-to-Goodness Face of Domestic Violence 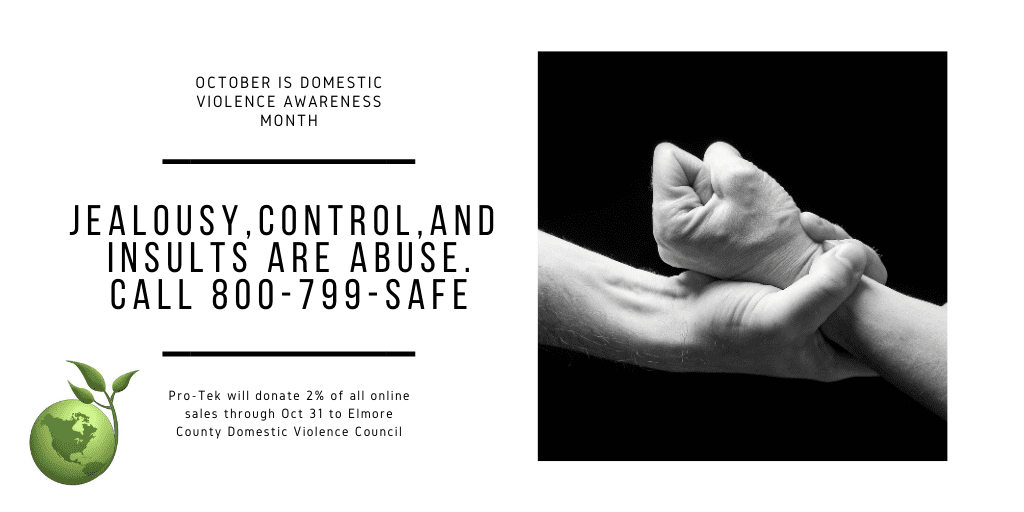 We like to tell ourselves we know exactly what domestic violence is. But what I found out shocked me.

What comes to mind when you think of domestic violence? Do you envision a young woman–maybe she’s pregnant–at the mercy of a tyrant who won’t let her see her friends and leaves bruises? If you do, you’re not alone. That’s what I thought domestic violence was, too. When Pro-Tek™ asked me to write this-two part blog series to honor Domestic Violence Month, I wrote about that real life family.

But in reality domestic violence casts a wider shadow than that. It happens far more often in tolerable or dismissive guises. And because these unpleasant behaviors aren’t always so flagrant, they can go on for years undetected while its victims–not just women, by the way, but folks from all walks of life–are silently suffering. Because hardly anyone is talking about this.

Not even domestic violence websites. Of all the sites I researched none had as eye-opening a definition as Doorwaysva.org. I was astounded to discover I had no idea what domestic violence really was. Keep reading and I’ll bet you’ll be as surprised as I was.

I’m passionate about this on behalf of a beautiful friend of mine I’ll call Faith, because she was a believer that things would always get better and love would always draw out the best in people.

Faith was married to man who suffered from chronic pain that only seemed to get worse no matter what they tried. Eventually, her husband began to yell at her and the kids, demand unreasonable things from them like never getting upset around him and keeping the house immaculately clean. He started to become more and more violent and broke some of her dishes, cornered her against the wall, shoved open a door she was trying to close to get away from him, and throwing her cell phone at her. Faith explained it that her husband was in pain and not thinking straight, and this was the worst it would ever get.

Faith was wrong. She divorced her husband and moved out, and the violence turned on their children in the form of yelling, threats to kick them out of the house, pinning them against the wall, threats to “tear their throats out,” and bragging that he kept a loaded gun in his bedroom. Faith finally notified her local DHS, and a social worker intervened. The violence has mostly stopped, but the children will be in process of recovery for years. It’s a reasonable ending to ten years of abuse, but I feel sad the violence had to get to this level before Faith understood she needed help.

If only I knew then what I’m sharing with you now.

Let’s start here, since this is what most people equate with domestic violence. The list is broader than just hitting. It also includes:

When Faith’s husband was pinning her against the wall, forcing open her door, and throwing her cell phone at her, he was physically abusing her. Faith found out later that would have been enough to apply for a restraining order.

I always thought of emotional abuse as shouting and belittling, but that’s only the tip of the iceberg, says Doorways. Check out these emotionally abusive behaviors often hiding in plain sight:

Breaking Faith’s dishes, shouting, and having unrealistic expectations about the house chores were far more than just her husband having “a rough time of it.” It was emotional abuse. Faith recalls telling her husband he was hurting them, and he responded she was too sensitive. That, too, was abuse.

When I think sexual domestic violence I think rape or sex trafficking, yet these quieter manipulations below are violent in their own right. Even though Faith was not sexually abused, I’m including the list here because Doorways feels it’s vital to be aware.

The conversation around financial violence is just beginning, and of all my domestic violence resources, Doorways was the only site to mention it. I had no idea this was even a thing.

Looking back on it, Faith says she remembers her husband took out a credit card in her name and maxed it out trying to save their failing business. She dismissed it as making a sacrifice for the family. After all, wasn’t she part owner by marriage? She didn’t know this was abusive.

Now I’m going to let you in on a secret since you read this all the way to the end. The real, honest-to-goodness face of domestic violence?  It’s mine. I’m Faith. Ten years ago, I didn’t know that what was happening was domestic violence. I didn’t understand the man I loved and who had done so many wonderful things for our family was becoming an abuser. I didn’t stop it until it got bad enough to hurt my kids. So please listen: if anything on these lists is happening to you, it’s important to call things what they are. It’s domestic violence. It doesn’t necessarily mean your abuser is a bad person, only that help is needed. Domestic violence gets worse, but you can stop it. Call 1-800-799-SAFE to get connected to your local resources. Beautiful soul, you deserve to be safe and to be really, truly, honestly loved. Have faith in that.

Pro-Tek™ is donating 2% of all online sales now through October to support its local domestic violence shelter. Visit www.ecdvc.org where you can learn more and make a direct donation.

Don’t let Faith’s story be your story. If you or someone you know might be experiencing abuse–even if you aren’t sure that’s what it is–make the call. Call 1-800-799-SAFE.