Dipping Dangerously Close to Extinction, Can Monarchs Wing up a Miracle? 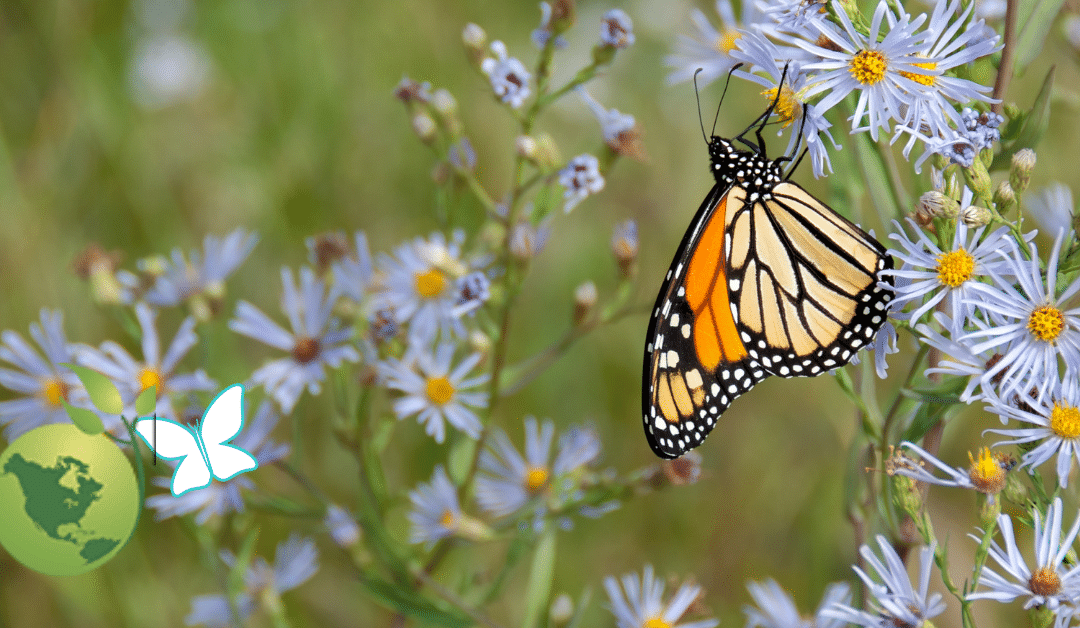 Here’s what has researchers astounded.

Fans of the tiny, flying orange stained-glass windows recall with anguish the heart-breaking news from California over the last three years: after enjoying numbers in the millions, monarch butterflies dwindled in number to a dangerous 2,000–the lowest in recorded history. Loss of habitat and the increased use of pesticides were to blame.

This year’s latest generation of monarchs are just entering the spring mating season when the counting typically takes place.  Researchers with binoculars and notepads sneak out in the early morning hours to physically count each monarch while it’s still asleep. Turns out still butterflies, like preschoolers, are easier to count when they’re not flapping all over the place. This year the numbers bring tears and dropped jaws.  Researchers have counted a whopping 100,000, and while that’s a comeback on par with the miraculous, it’s still a far cry from where the numbers need to be.

Theories abound as to how the monarchs are bouncing back so quickly. Have humans been using fewer pesticides and planting milkweed in their backyards? If so, it’s working. Another theory is that smoke from the California fires detoured westerly monarchs to overwinter with their east-of-the-Rockies cousins in Mexico. Perhaps they were never really gone, just diverted. Whatever the reason, the question remains, how to get the numbers back into the millions?

Perhaps it’s best to back up and ask why monarchs are so important anyway. When the California coastal Morro Bay Golf Course, well-known for being a butterfly depot, wanted to plant a pine tree windbreak to protect hatching monarchs, one neighbor objected. His view of the coast would be compromised along with the value of his property. Fortunately, that home owner moved away. But his question is a good one. Golf course manager and butterfly activist Josh Heptig went door-to-door explaining why butterflies are important: they give hope in a time when humans are desperate for some kind of good news. They remind us that delight is an essential human experience. Without it, we’re merely surviving, and really, that’s for animals. Humans need delight to be human.

Butterflies provide a full range of human needs from survival to delight. Butterflies are an indicator species. When they’re doing well, the environment we depend on is doing well. They help pollinate the crops humans depend on for food. They wow us by flying hundreds of miles with those flimsy wings–collectively, thousands of miles–tag teaming their way generation by generation from Mexico to Canada and back, following the temperate weather and whatever advice their dying parents left tucked into each chrysalis. They only live for about a month. And, there’s that wonderful, colorful, fluttery hope-generating thing.

The hope one feels when, after suffering the devastating death of a loved one, seems archetypally soothed by butterflies. With their odd, almost unbelievable resurrection from dead larvae to angelic, winged dots of living color, they are proof of life after death. Volunteer Kim Connolly at the Fiscalini Ranch Preserve remembers a time during the annual count when she asked a visitor if he’d noticed the return of the butterflies. The visitor’s face seemed unusually sad, and he confessed he’d recently lost his mother. After relaying some details about her life–she’d married as a teen, raised seven children, and started a library–a monarch fluttered past, distracting the grieving visitor. “I don’t know why,” he said. “But that butterfly matters so much to me right now.”

Then there’s the unforgettable scene from the movie Patch Adams (based on a true story), when Robin Williams, as newly widowed Dr. Patch, musters the will to carry on, enraptured by a timely monarch.

Maybe you have a butterfly story. Oh, please share it in the comments.

Meanwhile, if you need a butterfly story, why not raise some yourself? Several years back my son received a butterfly hatching kit (thank you, Cousin Scott) for a birthday gift. We ordered the larvae, watched it every day until we blinked and presto! A butterfly in technicolor–not a toy or a video clip or a captive at the zoo–a wild butterfly, hung there, depending on us to read the damn directions and pamper it long enough to let it fly off. We did. And it did. I’ll never forget it. I like to think it joined the great Canadian migration as a breeding member, pollinating all the way.

Butterflies will return to swarming in the millions when humans understand their value. That’s when we’ll plant milkweed, think twice before using pesticides, and take steps to protect butterfly habitats. Before that can happen, we have to value being fully human, not just surviving like animals, but thriving with hope and delight.

One week only! Save 20% off any gallon butterfly-safe Pro-Tek.