Can We Expect More Devastating Weather from Climate Change? 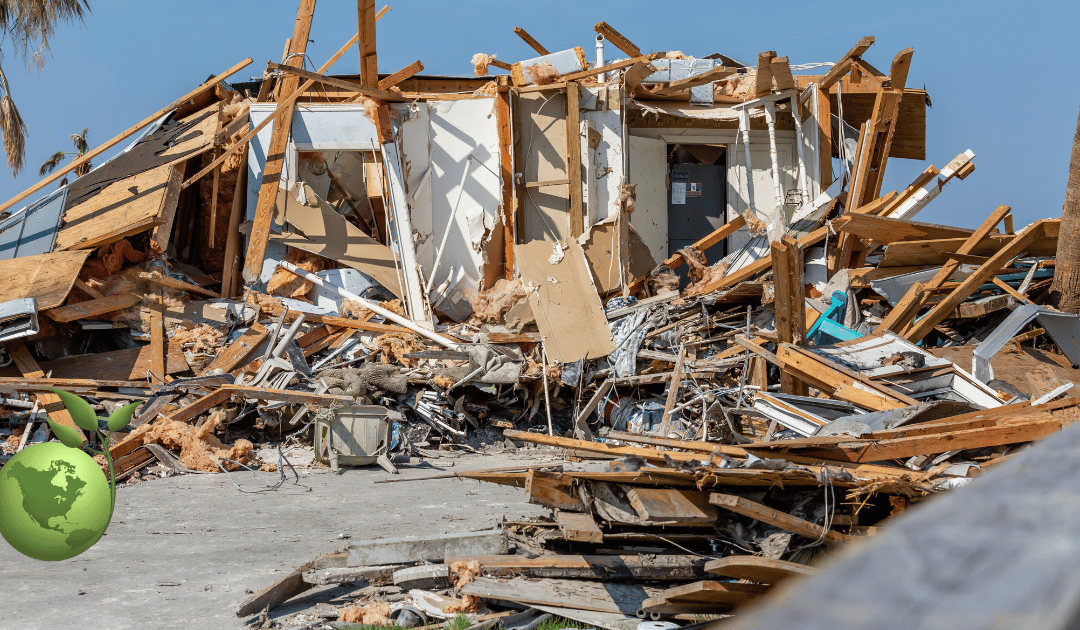 When I heard how shockingly severe Hurricane Ian was, my first question was, did climate change do that?

Hurricanes have long been feared as some of the most devastating weather Mother nature can dish. Hurricane Ian decimated the entire island of Cuba on September 27, 2022 and didn’t stop until it punished South Carolina, Virginia and especially Florida with nearly unprecedented, shocking power. Ian was the deadliest storm to hit Florida since 1935 with a death toll of over 100 people, mostly from the sheer, overwhelming amount of water. The leading cause of death was drowning.

What could cause such an unusually deadly storm? Researchers concluded the culprit was climate change. Overall warm temperatures caused Ian to dump 10% more water than the average hurricane, with more intense storm surges, and winds at record speeds.

How did climate change incite Ian into such a powerful storm?

While climate change didn’t cause Ian, it did cause Ian to be far more powerful and more deadly than anyone was prepared for. The big question on everyone’s mind is, can we expect more? The answer is yes. Last year was the sixth warmest year on record, with the rate of global temperature increase double historical levels since 1981. Human-induced climate change is altering conditions on our planet, and we can expect to see an increase in devastating weather.

What are some examples of devastating weather and its effects?

Weather is considered devastating when, like Ian, it impacts survival. Floods, freezes, heat waves, droughts, high winds, or heavy rain can severely damage crops or property in a way that threatens human life.

Especially when communities are unprepared, devastating weather can cause catastrophic damage. When high winds down power lines, for example, residents can be left without the electricity to heat or cool their homes, turn on the lights, or access emergency instructions. Hospitals may have compromised ability to power life-saving medical equipment. Downed lines are also an electrocution risk.

Devastating weather can take out bridges and block roads with debris, preventing emergency services like ambulances and fire trucks or compromising telecommunication services. Supply deliveries and relief efforts are all more complicated when roads are impassable.

Flooding can overwhelm sewer lines and water treatment plants, meaning tap water can be unsafe or even cut off altogether. Stagnant water that can’t drain from streets or fields breeds disease or, if it’s deep enough, creates a drowning hazard.

With climate change, we can expect to see more and more devastating weather, and it’s a good idea to be prepared.

What Weather Should We Prepare for?

Farmers may need to adjust planting and harvest times as weather patterns change. Warmer, wetter, more carbon dioxide-rich conditions tend to favor growing seasons, but not just for food crops. Invasive plants and insects thrive in those conditions, too, meaning weed and pest control will need to be re-thought.

Three Things We Can We Learn from Hurricane Ian

First, while extreme weather has historically inspired total strangers to help one another, Hurricane Ian is a warning we’ll likely have to use this skill more often–and not just in times of disaster. Helping the neighbors we haven’t yet met is part of a readiness strategy we must adopt locally as well as globally.

Second, Hurricane Ian’s portend of the devastating weather to come begs us to debate rebuilding in hurricane-prone areas. Are there ways to predict wind speed, storm surge, and flooding when all these aspects are expected to worsen? Can infrastructure be built to withstand these forces? Should there be restrictions on rebuilding in prone areas?

Third, probably one of the most important things we can learn from Hurricane Ian is climate change is here. The debate about whether humans are to blame is less important than accepting the fact the earth is warming and weather will continue to become more extreme. Now is the time for humans to work together to rebound from catastrophe, keep each other safe, and do what we can to reverse the warming trend. There’s not a moment to lose.

Pro-Tek’s eco-friendly formula fights climate change every time you clean. Biodegradable. Safe for waterways. Pet-safe. Kid-safe. Non-toxic. With its concentrated technology, one gallon lasts six months. And the jug is completely refillable, so it never pollutes a landfill. Get your gallon now!