Heroic Dogs: 10 Times Someone Lived Because of Their Bravery  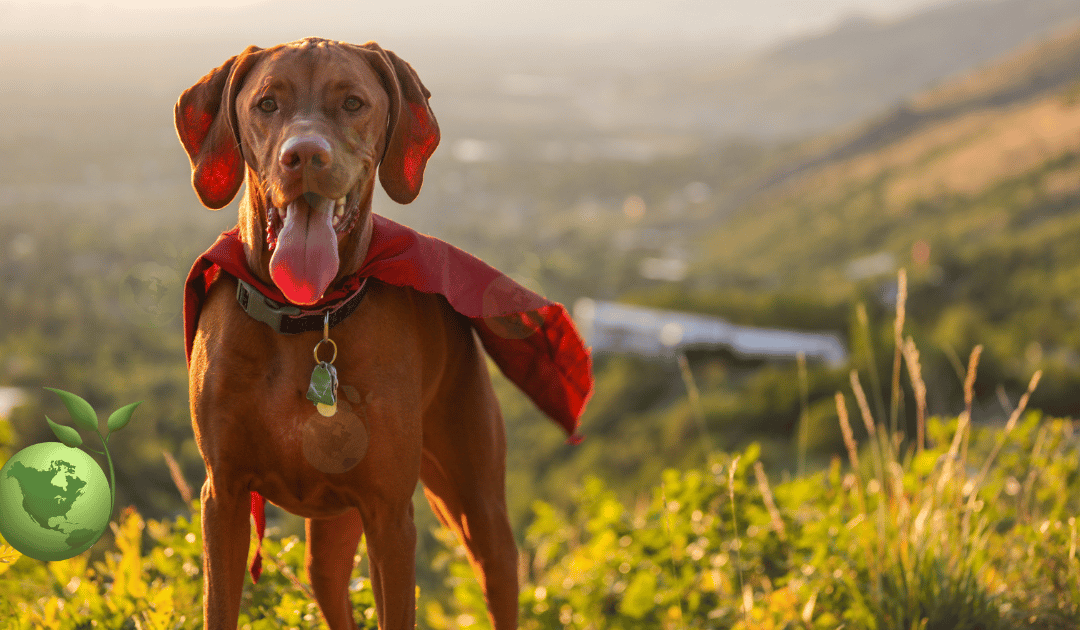 What makes a heroic dog? National Dog Day is Aug 26, and we like to think every dog has the making of a hero. They’re unconditional love wrapped in fur. They snuggle up to watch TV with us at the end of a long day. They get us out of bed on time to go for a walk. Dogs are great listeners, non-judgmental about the chocolate cake you shouldn’t have eaten, and they never divulge secrets. A quick internet search brings up hundreds of tales of loving, big-eyed, waggly tail dogs who in just being their cute selves stave off their owners’ depression and anxiety. Dogs are everyday life savers.

Then there are the dogs who save human lives in such heroic ways they rival comic book characters. The Oxford dictionary defines a hero as “a person who is admired or idealized for courage, outstanding achievements, or noble qualities.” I’ll let you decide if a dog is a person. But you won’t be able to deny these ten incredible dogs are heroes. Once you read these stories, you’ll look at your own fur baby with that much more love.

1. Daisy smelled breast cancer before it was large enough to be detected.

Daisy, a 10-year-old labrador retriever, insisted on nuzzling into her owner, Clair Guest’s, chest in an unusual way. It was enough that Dr. Guest booked an appointment with her doctor and discovered an early stage malignant tumor–before it was big enough to be a detectable lump. Dr. Guest was able to have it removed early and avoid serious complications.

Over 42,000 people die every year from breast cancer, and Dr. Guest wasn’t one of them thanks to her heroic dog, Daisy. Dogs have an extra gland in the back of their noses called the Jacboson’s organ that allows them to sniff out cancer’s peculiar odor–a scent humans can’t detect.

2. Typhoon lured a poisonous snake away from his 12-year-old owner.

Typhoon, a Brazilian mutt, was accompanying his owner as she was running an errand in Sao Paulo, when a highly venomous jararaca snake attacked. Typhoon jumped in front of her and took the brunt of the attack while the girl escaped. Typhoon suffered multiple snake bites and had to be hospitalized. While it’s unclear if Typhoon ultimately recovered, his prognosis was hopeful, and Typhoon is hailed as a hero in international news.

Jararaca snakes are said to be among the most poisonous for humans, 60,000 bites every year resulting in 370 deaths. One lucky Brazilian girl wasn’t one of them thanks to her heroic dog, Typhoon.

3. Khan threw a toddler out of the way of a king brown snake.

Khan, a Doberman adopted only four days earlier from a pet shelter, was in the back yard with 17-month-old baby Charlotte when he began to act aggressively toward the girl. Owner Catherine Svillicic rushed into the yard to save her daughter, thinking the doberman might be dangerous. Before she could reach Charlotte, Khan grabbed the girl’s diaper and tossed her out of the way of a king brown snake. Khan screamed as he was bitten. Khan had been trying all along to get the toddler to move away from the snake.

The king brown is the third most poisonous snake in the world, killing 70% of its victims. Charlotte wasn’t one of them, thanks to her heroic dog, Khan, who has definitely found his forever home. Khan made a full recovery and received international notoriety as Kahn the Wonder Dog.

Sarah, a beagle mix living in Florida with 81-year-old Harry Smith, was out for a walk with her owner one morning when his wheelchair lost traction and slid into a lake. Harry does not swim. Sarah leaped into action and barked incessantly, drawing the attention of a neighbor across the street, who was able to call for help. By the time rescuers arrived, Harry was underwater and might have drowned if Sarah had not acted so quickly. Almost 4,000 people die every year in drowning accidents, and Harry wasn’t one of them thanks to his heroic dog, Sarah.

Henry, an 8-year-old Boston terrier, wouldn’t let the baby sleep, pushing into the nursery, barking and waking her up. His owner, Kelly Dowling, had enough of his antics when she noticed the baby’s airway was clogged and the child was turning blue. Kelly rushed her daughter to the ER, and they spent the night in the hospital, where she recovered.

Around 4,300 infants die from crib death every year, and Kelly’s daughter wasn’t one of them thanks to her heroic dog, Henry.

6. Ace licked deaf boy’s face to alert him to a deadly house fire.

Ace, a 2-year-old pit bull, smelled smoke and knew there was trouble one afternoon as his deaf  13-year-old owner slept, oblivious to the danger. Ace refused to stop licking Nick Lamb’s face until he woke to discover the garage on fire. Nick and Ace escaped out the back door and called 911. Firefighters were able to control the fire, and Nick’s mother, who was at work, was alerted. The fire was caused by faulty wiring.

Nearly 3,000 people die every year from house fire, and Nick wasn’t one of them thanks to his heroic dog, Ace.

A new mother of eight pups decides there’s room in the den for one more when she came upon an abandoned newborn baby girl. The child was found nested in with the mother dog’s puppies by villagers in Chhattisgarh, India, who heard the newborn crying. The little girl had no clothes and still had the umbilical cord attached, leading authorities to believe she had been born and abandoned the night before. Without the mother dog and the pups to keep the infant warm she likely would have died of exposure.

Around 2.5 million newborns die every year from abandonment and lack of access to basic necessities, and this lucky little girl wasn’t one of them thanks to one heroic dog.

Hero–yes that’s his name–the German Shepherd mutt, was a stray when he found Shannon Lorio with a head injury after a wreck ina remote area that left Shannon out of view of passing motorists. Driving a winding stretch of road, Shannon lost control of her car and was thrown out the rear window. Hero grabbed Shannon by her clothing and dragged her 100 feet to the road, where a passerby found her and called 911. Because of Hero’s action, Shannon was able to get the medical care she needed and avoid surgery. Hero was later adopted by a search and rescue trainer, who is helping Hero bring out even more of his natural instinct.

Almost 43,000 people die in auto accidents every year, and thanks to Hero, Shannon wasn’t one of them.

9. Kei took a gunshot to protect her family.

Kei, a rescued Malinois mix, was asleep on her owner’s bed when an armed burglar entered the bedroom in the middle of the night. Kei attacked the man, forcing him back down the stairs, where the intruder shot the dog in the face and fled. Unable to bark due to her injuries, Kei nonetheless patrolled the front gate trying to alert the neighbors for help. Police arrived at the scene, and Kei was taken to the vet where her jaw was reconstructed.

Approximately 100 people die every year from armed home invasions, and the Lamont family wasn’t among them thanks to their heroic dog, Kei.

10. J. Matthew laid across his owner’s body while she was being attacked by her boyfriend.

J. Matthew, a great Dane, knew something was terribly wrong when his owner’s boyfriend shoved her through a wall and began beating her. The dog worked his way between them and laid across her body to protect her. The man kicked J. Matthew, and when the dog refused to leave his owner, the boyfriend grabbed the dog by the collar and threw him out the front door down the porch stairs, into the busy street.

The woman fled to the nearest police station, where an officer was dispatched to arrest the man and rescue J. Matthew. The woman was taken to a nearby domestic violence shelter, where J. Matthew was originally turned away from a no pets policy. But, when the shelter heard about J. Matthew’s bravery, not only was he allowed to stay, but the no pets policy was eventually overturned.

Did you know Pro-Tek donates a portion of all online sales to our local animal and domestic violence shelters?

From comforting us when we’re sad to guarding us from danger, dogs are heroic and special. Whether or not your dog has ever saved your life, chances are you feel like your best friend deserves all the love you have to give. Check out our line of 100% pet-safe cleaners and take advantage of special offers on our dog products all month long in honor of Aug 26 National Dog Day. Feel good while you use Pro-Tek! Not only are all our products eco-friendly and safe for pets, we donate a portion of all online sales to our local animal and domestic violence shelters.

Have a heroic dog? Save 50% off our ultimate pet stain remover Clean-Zyme with any gallon Pro-Tek purchase! Hurry! Offer expires Aug 23.